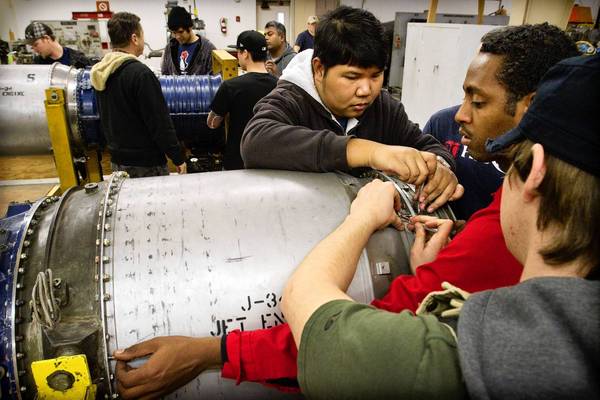 Garcetti urges effort to save aviation mechanics school. The councilman says he will ask the city airport agency and L.A. Unified to explore ways to keep the program running at Van Nuys Airport – Los Angeles City Councilman Eric Garcetti on Friday called for measures to keep a highly regarded aviation mechanics school at Van Nuys Airport from shutting down or being moved to smaller facilities elsewhere.

Garcetti said he will request at the Jan. 4 council meeting that Los Angeles World Airports, the operator of Van Nuys, and the Los Angeles Unified School District explore ways to ensure the continued operation of the vocational school, which has produced thousands of mechanics during its 40-year history. Because of tight budgets, the district might close or relocate the school.