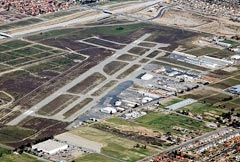 I attended the tenants meeting tonight. Not much to say. The City of Rialto took over the airport in 8/05. The 2008 recession stopped the plan to turn the airport into a mixed development as planned. They had something going for them and got messed up when California eliminated the redevelopment authorities. So they had to get through that and find money from another source. They’ve apparently done that and everything is once again on track. They are in the process of complying with state rules, federal regulations, and Part 49 Code of Federal Regulations. 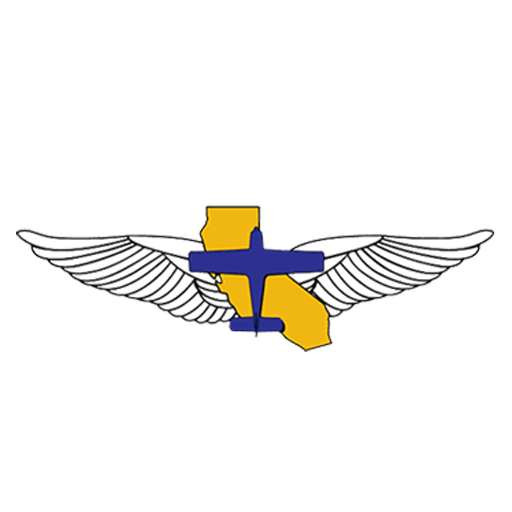 Rep. Gary Miller (R-Calif.) pushed for a provision in last year’s transportation bill that allowed the city of Rialto, Calif., to shut down its airport. By doing so, he paved the way for his business partner, Lewis Operating Corp., one of his top campaign contributors, to buy the land from the city and make plans to build Renaissance, a community consisting of 2,500 homes, parks and 80 acres of retail space on the former airport property and adjacent land.

Normally, the Federal Aviation Administration (FAA) has sole authority to close airports. “This is the first time … an airport has been closed through the legislative process,” said FAA spokesman Hank Price. “We follow Congress’s direction.” Miller’s relationship with Lewis Operating and its president of Southern California operations, Richard Lewis, dates back more than three decades, to Miller’s years as a developer of planned communities. He founded G. Miller Development Co. in his early 20s, and he and Lewis were competitors, Miller said.

Miller, 57, went on to be elected to the Diamond Bar City Council, the mayor’s office, the California Assembly and Congress, beating scandal-scarred Republican Rep. Jay Kim in 1998. Just months earlier, Kim and his wife had pleaded guilty to accepting and concealing $230,000 in illegal campaign contributions.
Miller said he prides himself on his efforts to disclose his campaign contributions fully. He said he sees nothing wrong with his work to close Rialto’s airport, even though it freed land that his business partner wanted to develop.

“I’ve known Richard Lewis for 30 years,” he said. “Richard’s son and my daughter went to high school together. If knowing somebody is bad, I guess that’s bad.”
Miller denied that his actions created a conflict of interest. “There was no quid pro quo,” he said.

But Theis Finlev, a policy advocate for Common Cause, argues that members of Congress must go out of their way to avoid using their offices to benefit private business partners directly, especially if they also are major campaign contributors.
“Even if it’s legal, it’s horribly unseemly,” Finlev said about Miller’s work to shut down the airport. “It’s not something that inspires confidence in the political process, and should not happen.”

This election cycle, employees of Lewis Operating including Richard Lewis and several Lewis family members have donated a combined $8,100 to Miller’s campaign, according to the Center for Responsive Politics, making the company his top contributor.

ACROSS DISTRICT LINES
Rialto tried for years to close the airport, arguing that it was underused and losing money.
In August 2004, the City Council passed an amendment giving the city the exclusive right to negotiate with Lewis and its partner, Hillwood Development Corp., to purchase and develop the airport land if it should become available. The council approved the prospective sale eight months later.

But finalizing that transaction would have to wait until the city could find a way to close the airport, and the transportation bill provided it last year.
The price tag for the 450 acres of airport land will likely be tens of millions of dollars, but the purchase is still in the appraisal stage, according to Rob Steel, Rialto’s redevelopment director.

“We have entered into contracts of sale with Lewis-Hillwood Rialto,” Steel confirmed.
When it is sold, it will be at fair market value, which the appraiser will determine, a requirement that Miller included in his version of the provision and was in the final bill.

Lewis and Hillwood, founded and chaired by Ross Perot Jr., formed Lewis-Hillwood Rialto LLC when they became interested in the project. There is no way to know how much money the two companies would make on the deal. Lewis Operating and Hillwood officials declined to comment for the story.
Rialto is not in Miller’s district but in that of nearby Rep. Joe Baca (D-Calif.). Miller said Baca backed his efforts to shut down the airport. Baca did not respond to requests for comment.

Other development companies besides Lewis-Hillwood tried to offer bids for the development but were told by a Rialto City Council member that Hillwood’s strong ties to Washington could help the city find a way to shut down the airport. The company was already working with the FAA on developing San Bernardino airport 8.5 miles to the east, and the city thought that relationship could help influence the FAA’s decision.

According to minutes from Aug. 9, 2004, City Councilman Joseph Sampson reminded other members that “based upon knowledge of Hillwood Corp. they do have extremely close ties in Washington, which provides them with inroads on what a final outcome may be in regards to how they might treat the airport.”

FAA OBJECTIONS
But the FAA did not support closing Rialto airport. Since 1984, the city has taken out $15 million in federal government loans to improve the airport. Traditionally, the FAA opposes closing an airport when it has invested in it until it earns a return on the investment.

The provision in the transportation bill requires Rialto to pay back the federal government 90 percent of any unpaid portion of the federal loans it had taken out.
In an interview, Miller said he is not responsible for the final airport language in the bill because Senate conferees struck his provision from the measure. Working with Rep. Jim Oberstar (Minn.), the ranking Democrat on the transportation panel, Appropriations Committee Chairman Jerry Lewis (R-Calif.) managed to insert his own language closing the airport into the final bill.

Rep. Lewis’s provision relocates airport business and equipment to San Bernardino Airport, in his district.
John Scofield, a spokesman for Rep. Lewis, said there are many good reasons for closing Rialto airport, noting that both the city and the county want it closed.
“There are a lot of airports in the area, such as the San Bernardino National Airport and the Redlands airport, which are both better facilities,” he said. “Because of the Santa Ana winds, the [Rialto airport] is only open half of the time anyway.”

Rep. Lewis is not related to anyone at Lewis Operating Corp. Miller, the only California Republican on the Transportation and Infrastructure Committee and a senior member of the Highways, Transit and Pipelines Subcommittee, said he helped push for the inclusion of Rep. Lewis’s provision in the final version of the measure.