Concerned about rising reports of close calls and safety risks involving drones, the government announced Monday it will require many of the increasingly popular unmanned aircraft to be registered. 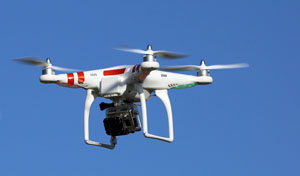 WASHINGTON — More than a million small drone aircraft have been sold in the past few years, and a growing number of them are turning up in the skies near airports and airliners, posing a risk of collision. Reports of drone sightings near other planes, helicopters and airfields are reaching the government almost daily, say federal and industry officials.

It’s a sharp increase from just two years ago when such reports were still unusual.

Busting Myths about the FAA and Unmanned Aircraft” can be found on the FAA’s website. Seven myths in all are touted, then rebutted by “Fact”. For example: Myth #2: Commercial UAS flights are OK if I’m over private property and stay below 400 feet. In this fast moving segment, it is worth the read. Thank…

The FAA is taking too long to draft its rules for unmanned aircraft systems, and should go ahead and allow some limited UAS operations, the Association for Unmanned Vehicle Systems International said this week. In areas such as around powerlines or pipelines and above rural farms, UAS operations could commence with little risk to manned aircraft or people on the ground, AUVSI said. “Each day that integration is delayed will lead to $27 million in lost economic impact,” said AUVSI president Michael Toscano. The FAA has been working on the rules since 2009, and the latest target date of this November is almost four years behind schedule. Also this week, a federally operated $12 million drone was lost when it ditched in the Pacific.