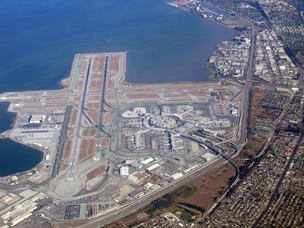 San Francisco’s airport plans to spend $4.1 billion over the next decade to fund a major upgrade to its facilities. The expenditures will lead to the creation of more than 36,000 jobs, according to San Francisco Mayor Ed Lee, who announced the figures today.

The San Francisco International Airport Commission will vote on the budget at its meeting on Tuesday. The main source of money for these capital projects will be general revenue bonds.

“SFO’s 10-year capital improvement plan ensures that our airport can achieve its goal to create a world-class facility, and continue to be a vital source of job creation in the Bay Area,” said Lee. “SFO is an engine which helps power our local economies, bring tourism and jobs to the entire region and this investment in our infrastructure keeps that engine running strong.” Read More