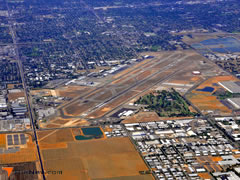 Passenger traffic at the Fresno Yosemite International Airport increased by 4.3 percent in the first half of 2014 over the year before, beating out the national growth rate of just under 1 percent.

The airport attributed the increase to additional flights from existing carriers like Frontier Airlines going from three flights a week to four.