Changes to Lemoore MOA help, but more is needed

In response to comments from AOPA, pilots, and some local governments, the Navy has made changes to a proposed military operations area (MOA) over Lemoore Naval Air Station, but more work is needed to facilitate travel in a region that already has some 18,000 square miles of military operations and restricted airspace. 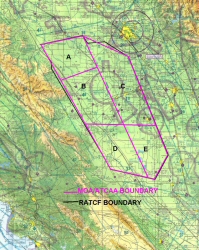 “We appreciate the Navy’s efforts to accommodate civilian aircraft, but the revised plan will still impact most IFR traffic, forcing costly reroutes and prohibiting pilots from flying directly to destinations between Fresno and points along the coast,” explained Heidi Williams, AOPA director of air traffic services.

When the Navy initially proposed the airspace plan last year, AOPA questioned the need for the 30- by 70-mile MOA in a region that already included the nearby Foothill, Porterville, Bakersfield, Bishop, Owens, and Isabella MOAs. AOPA filed comments on the proposal and urged members to do the same.

The Navy’s revised plan cuts a corridor through the center of the special-use airspace complex from the surface up to 13,000 feet and 16,000 feet to allow GA aircraft to transition east-west below the MOAs. While the new proposal raises the floor of two sectors of the airspace, the remaining three sectors still would extend from 5,000 feet msl to 18,000 feet msl.

The MOA boundaries would be just inside portions of Victor airways V230, V107, V248, and V23. They say they need the airspace for high-altitude training flights for FA-18 Hornets based at Lemoore and California Air National Guard F-16 Falcons flying out of Fresno.