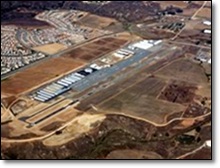 Developer Rescinds French Valley (Airport Area) Power Plant Application – In April 2010 the developer withdrew his application for the French Valley power plants . The encroachment, California Environmental Quality Act (CEQA), Grant Assurances, and most important SAFETY were too great of hurdles to overcome. Our success required dedication and hard work from our neighbors…