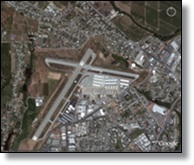 The process the city used was similar to most. A plan was created, and then followed by the usual public comment period. Unfortunately, like many government planning processes, the city tended to ignore feedback that disagreed with the plan.

WPA’s Dan Chauvet and Hal Zamora – backed by President Mike McIntyre and the board, were concerned with the safety of the community, the aviators using the airport, and the long term viability of the airport.

The non-aviation groups mentioned above were concerned with unplanned growth, increased traffic demands, noise, and Plan 2030’s lack of additional infrastructure to support itself.

Feedback on Plan 2030 was provided in writing and personally at the public comment meetings, but repeatedly fell on deaf ears. The city response was – “Trust us, we don’t need an environmental impact report, and it won’t adversely affect the airport”.

The WPA was no longer alone in its concerns. The city had unwontedly provided itself as a common enemy through its unwillingness to listen to any group that questioned Plan 2030.

If you are not unfamiliar with the Watsonville Airport, it is a typical WWII airport with a cross wind runway. Watsonville is located on the central coast, north of Monterey California.

Due to its location, fog is frequently blown in both day and night. Fog and the bad weather months are important reasons for Watsonville’s cross wind runway. The city plan disagreed.

The state of California has an outstanding aviation oversight group called the Division of Aeronautics (DOA). Several years ago the DOA produced an excellent manual titled the California Airport Land Use Compatibility Handbook, the first of its type in the country. You can download it from their web site.

The California Airport Land Use Compatibility Handbook provides guidelines to assist the airport sponsor in protecting the community and the airport, by minimizing airport noise and safety issues through intelligent land development planning.

The manual contains specific and scientific aircraft/airport/aviation information to aid in intelligent development around an airport. It is an excellent reference publication, but it is also seen as the adversary to many housing developers who seek to build around airports.

When confronted with the DOA handbook, Watsonville officials attempted to ignore it. Much to their credit, however, the DOA officially reminded the city that it could not change the handbook guidelines to suit its plans.

The city retaliated with a plan to close the cross wind runway. That plan was also prohibited, so the city suggested that the cross wind runway be shortened to allow the development of low cost assisted housing for the elderly at the end of the runway 26 – no, I am not making this up.

Since the city was moving ahead with the plan regardless, the only choice left was a law suit. The anti Plan 2030 groups went to work as a team to find legal representation, and the funds to support the lawsuit.

With typical “you can’t fight city hall” mentality, the city officials remained overly-confident they could prevail against the lawsuit.

The lawyers did their thing and a year later the case was heard. The California Pilots Association helped to raise money, contributed, and provided 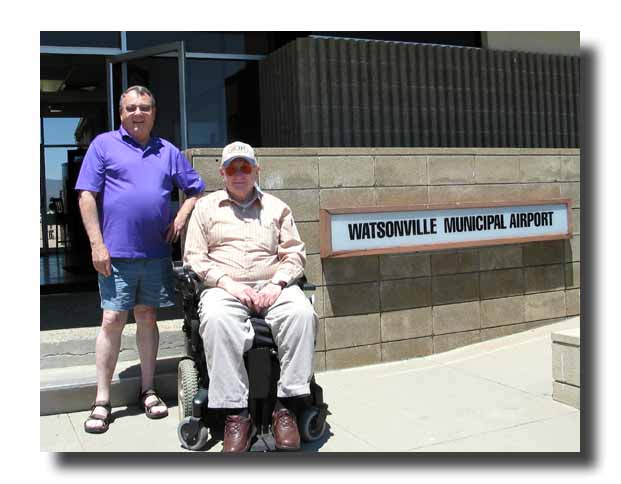 guidance. AOPA visited city officials on behalf of the airport too. It is however, important to recognize that the groups mentioned above did the heavy work, especially WPA and their appointed front persons, Dan Chauvet and Hal Zamora.

The city lost the lawsuit. The ruling was good news for the anti Plan 2030 groups but it wasn’t over just yet. The city decided to gamble and filed an appeal, more than likely believing the groups would not have the means to finance another legal action. After another year of legal wrangling, the city lost its appeal – which brings us to 2010.

In their appeal, Watsonville city officials claimed that changing the land planning criteria around their airport did not affect safety. Their appeal failed – the DOA manual was upheld.

The bottom line of this story is this – you can beat the odds if you are prepared, willing to work hard, and tenacious. It also proves that collaborating with other interested groups is very beneficial, if not required.

We won’t win them all when it comes to airports, but we can win, even against City Hall if we have the knowledge, the will, and the letter of the law on our side.

One of the unfortunate facts that the California Pilots Association has discovered, more than a dozen time times over the years, is that sometimes a lawsuit is the only means of forcing an airport sponsor to follow the letter of the law.

Lesson learned from this – it is very important that state pilot organizations create a legal fund to defend against these types of issues. This however, requires participation of the state’s pilots and pro-aviation individuals in the way of contributions, which for whatever reason seem a difficult sell.

This was a victory for all of general aviation, and is an example of what the California Pilots Association has been advocating. It takes a pro-active three tiered approach, made up of local, statewide, and national aviation organizations to successfully defend our airports. To do your part, every pilot and pro-aviation person in the country should to belong to all three.

We invite you to visit our web site to read more about saving airports, join us in membership, and donate to the legal fund.

To read a chronicle of articles on this important effort go to http://www.calpilots.info and perform a search on Watsonville. Make sure you read the article on developers funding the study for adding housing around the airport – it will make you appreciate these groups’ efforts even more.