Nevada County Airport Land Use Commission Does its Job

CalPilots Editor: Many municipalities, and especially developers, do not want to see Airport Land Use (Development) Plans updated. It tends to interfere with their profits and inappropriate development plans of the land surrounding airports. This commission is basing its decision on the California Division of Aeronautics written guidance –  see at the end of the following article. 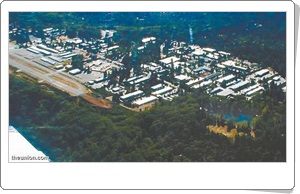 City, business owners file suit to overturn airport safety plan
A county judge has been asked to overturn a decision by a local commission to enlarge the safety zone around the Nevada County Airport, about 2 miles east of Grass Valley.

The petition comes in the wake of the Sept. 21 approval by the Nevada County Airport Land Use Commission of a land use compatibility plan. The plan is intended to both protect the airport from nearby development that would interfere with operations and protect people in that development from aircraft mishaps.

The new plan supersedes a 1987 plan, imposing a much larger zone of influence around the airport, expanding safety zones where a higher risk of accidents tend to occur, and stricter guidelines for development, including the height of buildings, the number of people allowed per acre and the uses of properties.

Critics of the plan say it also changes the direction of development policy in the area, just east of Grass Valley city limits.

Those filing the petition against the Airport Land Use Commission include eight people who say their properties are directly affected by the influence area’s expansion.

More than 2,900 properties are affected by new, stricter rules. While existing uses are still allowed, the new rules restrict how a property within the zone could be used in the future.

The legal petition also is being brought by the city of Grass Valley and the developer of the proposed Loma Rica Ranch project. The city has been interested in annexing the 452-acre property since 1997, and has been working with the present owners of the property since 2003 to develop a mixed-use project, according to the petition.

“The commission has no authority over existing land uses such as the Loma Rica project, thus it cannot simply trump a decade-long investment by the city, Loma Rica and the community in this area based on generalized concerns about public safety,” the petition states.

The city had not signed a development agreement with Loma Rica Ranch developer Steve Garrett of Castle Companies when commissioners approved the airport land use plan.

Petitioners are calling that action “hurried and furtive.”

It was unclear when a hearing would be scheduled on the petition, which does not ask for any monetary damages.

It does ask that the airport commission’s new land use compatibility plan be suspended until a full study of its environmental impacts can be completed. That process typically takes several months, at least.

Two major areas for relief against the commission’s plan are outlined in the petition: Allegedly inadequate notice to those affected by it, and failure to review the new plan’s environmental impacts, including the economic impact on the nearby Loma Rica industrial park.

The commission “failed to provide adequate community outreach, inform the affected property owners and coordinate with the city” in creating the plan, the petition states.

At the Sept. 21 hearing in Grass Valley when commissioners approved the plan, several area property owners asked them to put off approval until they could study how the plan would affect their properties in the expanded zone.

Several of those people are named as plaintiffs in the petition, including Bruce Ivy, Charlie Faber and Keoni Allen. Others named in the petition are Phil Ruble and Mimi Simmons, Reynold Johnson, Robert Brewer and Hansen Bros. Enterprises.

The individuals all have property in the airport influence zone, and Hansen Bros. is “directly affected by the land use restrictions imposed by the compatibility plan,” the petition states.

A public hearing on the draft land use compatibility plan was held at a commission meeting in Truckee in July. A notice for the hearing was published earlier in the month in the Sierra Sun, a paper that publishes twice weekly in Truckee, according to newspaper records.

Grass Valley Building Director Tom Last was involved with the development of the new plan. He repeatedly brought up concerns about how the stricter rules would affect both Loma Rica Ranch and the city’s ability to set development policy, he said.

But some elected officials — including City Councilman Dan Miller, who sits on the Airport Land Use Commission — said they didn’t know about the plan until July. Miller said he learned about the plan when the draft was included with his July meeting packet.

The commission should have prepared a full environmental impact report; and other documents issued by the commission prior to the plan’s adoption did not disclose the full extent of the plan’s impact, according to the petition.

A draft of the land use compatibility plan was completed in June, and the commission issued a notice that it planned to declare the plan had no significant impacts, the petition states. That declaration would allow the commission, under California’s environmental laws, to skip the lengthy and costly process of a full review of environmental impacts.

The commission’s notice “expressly stated that the proposed compatibility plan ‘does not propose any physical construction or significant land use changes,’” the petition states.

“The lack of public notice is significant because the compatibility plan proposed major changes,” the petition states.

In addition to affecting future uses on nearby properties, it also rendered economically unviable a neighborhood around MacBoyle Lake proposed for the Loma Rica Ranch development, the petition states. The lake is close to the western end of the airport runway and underneath the left-turn pattern of departing aircraft, according to local pilots.

New safety restrictions change the allowable number of houses to be built in that neighborhood to seven, down from 108 originally planned, the petition states.

Building that neighborhood would have made it possible to extend sewer service to the nearby Loma Rica industrial park, city officials have said.

CalPilots Editor’s Note: Go to the DoA web site to get more information on appropriate land development around airports.

Posted in Uncategorized
Scroll To Top