It’s a similar issue involving all airports – balancing the regions’ aviation transporation and travel requirements versus managing the noise associated with the municipal airport.

Neighbors on Thursday voiced fears about noise, traffic and growth with the proposed expansion of Charles M. Schulz-Sonoma County Airport. 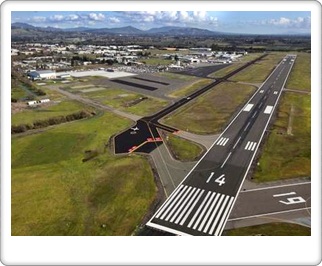 Those were the two views as about 50 people attended the meeting of the county’s Planning Commission at Windsor High School, not far from the airport.

“Hundreds of families will be impacted by this,” said Rosemary Olson of Windsor, who lives north of the airport. “You should consider people first,” she told the commission.

“We don’t need the same size jets that they have in San Francisco or Oakland,” said Beverly Schenck, who lives south of the airport.

Others said a larger airport is needed. “Anything that allows easier travel is going to help business,” said Paul Brophy, who heads a geothermal consulting firm in Santa Rosa.

The Planning Commission won’t take action until next month. The airport project is expected to go before county supervisors in December.

The projects would cost at least $84 million, with most of the costs paid by federal grants. But the timing could depend on attracting more airlines to the county-owned airport.

So far, however, no carrier has made a commitment to add flights. The airport’s existing runways are too short for most regional jets.

Under the expansion plan, the airport’s main runway would be extended by 885 feet to 6,000 feet. The second runway would be lengthened to 5,202 feet. Runway buffer and safety zones also would be enlarged.

The current runways don’t meet federal safety standards because they end at a common point on the airport’s northern approach. That configuration could result in a pilot choosing the wrong runway in fog or bad weather, airport officials have said.

As part of the expansion, the runways will be “decoupled” to meet federal safety standards.

Work could start next year if Sonoma County and federal aviation authorities approve the expansion plan.

An environmental report said the project would affect sensitive plants and wildlife, and recommends measures to minimize the impacts. There will also be noise, traffic, water and air quality impacts, the report said.

CalPilots Editor’s Note: It is highly unlikely that any airline will try to bring in large jet transport aircraft into Santa Rosa. The runways aren’t long enough and the market just isn’t there. Residents have to weigh the convenience of not having to travel to San Franciso to fly somewhere, versus airport noise – it’s the same dilemma every airport faces.