The Napa County Airport wants to build a better runway, but it needs voter approval this fall to do so. 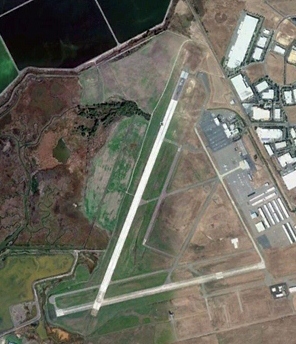 Airport officials will be going before the Napa County Board of Supervisors in June for guidance on a potential ballot measure that, if approved in November, would lift weight restrictions on its main runway. An ordinance approved by county voters in 1974 imposed that limitation.

The ordinance states that only a popular vote can amend or repeal the weight restriction, Napa County Counsel Robert Westmeyer said Friday.

“You can’t change anything in the ordinance without going to the voters,” Westmeyer said. “That’s really why we’re doing this.”

Airport Manager Martin Pehl said he hopes to rebuild the 5,900-foot runway, first constructed in the 1940s, to modern standards and load-bearing capacities. The airport is applying to the Federal Aviation Administration for funding, which would likely become available in 2016, he said.

Pehl said proceeding without amending the 1974 ordinance would mean the runway would have to be reconstructed to the lower weight limit, essentially making it a weaker runway that would need to be rebuilt sooner.

If voters approved the ballot measure, the runway could be rebuilt to load-bearing capacities of almost 100,000 pounds.

“This ordinance means we have to build our current runway weaker,” Pehl said. “We simply want to rebuild the runway to design standards.”

Pehl said the rebuilt runway wouldn’t change the kinds of aircraft that land there — the largest being corporate jets that fly in and out the Napa Valley.

Making the runway longer would allow bigger — and louder — planes to land, but Pehl said the airport only wants to change the weight limitations to make sure the runway can be stronger so it won’t need to be rebuilt sooner.

Pehl said the need for the 1974 ordinance was so Japan Airlines could land a type of aircraft it needed for training. Some residents opposed the measure at the time out of fears it would lead to bigger, louder aircraft landing at the airport, according to statements of their opposition. Pehl said aircrafts have become significantly quieter in the almost 40 years since then.

“The type of aircraft that fly now, in terms of size, are much quieter than they were,” Pehl said.

Pehl said the current runway is well past its useful lifespan, and needs expensive maintenance for repairs. In 2007, he said the airport received a grant for $3.6 million to spend on repairs for that runway. He said the rebuild is estimated to cost about $6 million.

Given how the FAA prioritizes federal spending on runways, and how old this runway is, Pehl said the county should be able to secure funding for the rebuild. But, he said he needs voters to help.

“We’ve known it was something that would have to be addressed,” Pehl said. “A complete reconstruction of the runway has long since been justified. It’s really important for us to have our ducks in a row.”