Beginning Friday evening, $5 wine tasting will be offered by Tolosa Winery. In addition, there is a Beach Burger Fry, provided by The Central Coast Smokers. Speakers for the evening will be Judy Phelps, 2011 National CFI of the Year, and Jamie Beckett, who writes the Politics for Pilotscolumn for General Aviation News.

After dark, Shane Wallace will light up his hot air balloon for an evening balloon glow. Later, dance to The San Luis Jazz Band, led by CalPilots Vice President Mitch Latting. Rumor has it, Jamie Beckett will be up on stage sitting in with the band. Tickets for the Beach Burger Fry and Dance are $15.

Mike Jesch, from the newly revitalized Fullerton Airport Pilots Association, will also speak on how he and others returned FAPA into an effective airport association.

Next on the roster is Bill Dunn, vice president of airport advocacy for the Aircraft Owners and Pilots Association, who will discuss how important each pilot is as an advocate for your airport.For lunch, a Santa Maria Style tri-tip BBQ will provided by The Central Coast Smokers. Tickets for this BBQ are $10. 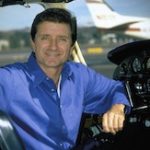 After lunch, Jamie Beckett will present an inspirational message.

Last on the bill is aviation motivational speaker and educator Rod Machado.

There are a lot of fun things to do after the event, including a tour of the international award-winning Central Coast wineries. Take a drive up scenic Highway One and visit Hearst Castle. Near Hearst Castle, gander the Elephant Seals located on Piedras Blancas beach. Also, the Great American Melodrama, located in Oceano, serves up a fun evening of vaudeville and laughter. Available at the famous Oceano Airport is a bi-plane ride from JR Smith of Banner Airways. For more aviation thrills out of Oceano Airport, view the Central Coast via SkyDive Pismo Beach.

The California Dreamin’ event schedule and registration is available atCalPilots.org