Over the past several years, the California Pilots Association has been a force in driving the FAA to recognize the dangers to aviation associated with power plant plumes, both the high speed vertical velocities and the unknown chemical makeup.

This effort by the California Pilots Association (CalPilot’s) is a result of the Power Plant Industry quietly trying to build too closely to existing airports within California without appropriate concern for aviation safety (search Power Plants on this web site for more information). 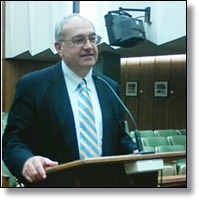 To that end, in January 2013 California Pilots Association Director, Andy Wilson (pictured on the right) whom has headed this effort, attended an FAA meeting in Washington, D. C. in which Mitre Corporation briefed the industry group on their initial study (funded by the FAA) and clarified their (Power Plant) Exhaust Plume Model.

The Industry recommended that the Plume Model be updated to include Light Sport Aircraft, and specially address aircraft crossing over the plume in a turn.

The industry group also expressed a desire for the FAA to take affirmative action from the results of the Plume Model to declare plumes as hazards, as they do with structures under Part 77.

The industry group believes preemptive planning is very important for preventing construction of plume emitting facilities in the vicinity of airports. They reiterated a desire for the FAA to declare them hazards as an aid to empower a state’s position in that regard.