On October 2, 2015, the FAA issued a Notice of Proposed Rulemaking (NPRM) that proposes to amend the regulations governing the curriculum and operations of FAA-certificated Aviation Maintenance Technician Schools. These amendments would modernize and reorganize the required curriculum subjects in the appendices of the current regulations.

For scores of dogs running out of time in Bay Area shelters, Cindy Smith is something of an angel. 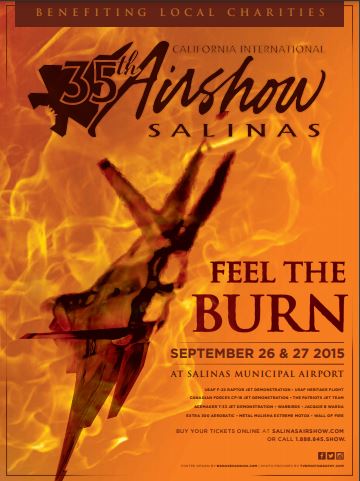 The California International Airshow scheduled for September 26, 27 is coming up quickly. Would you please pass the following message on to your local pilot association/clubs/flight schools? All aircraft flying in for the show and leaving same day will have their ramp fees waived. Pilots flying into the airport for the airshow will receive pre-admission airshow ticket prices for entry ($15.00) and the FBO, Jet West will be offering a .50 cent per gallon discount on fuel during airshow weekend. 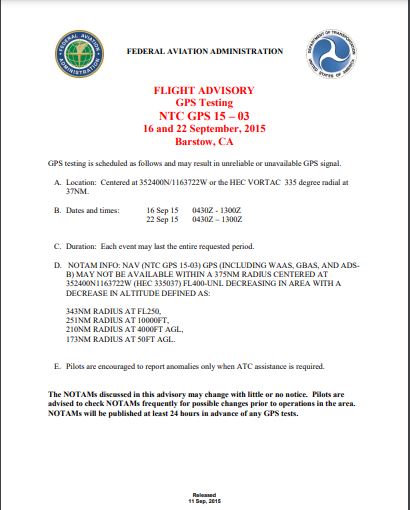 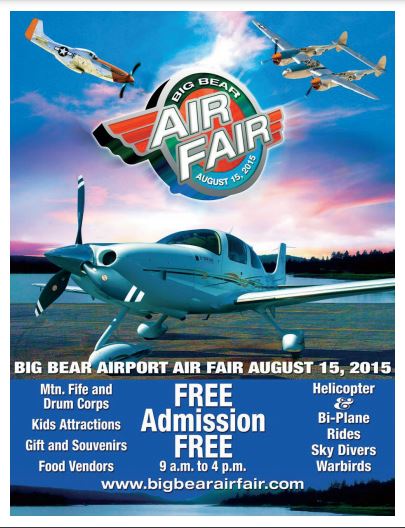 The Big Bear City Airport is pleased to welcome you to its 2015 Air Fair! This exciting event is a longstanding tradition in the community. For more than thirty years, the airport has welcomed audiences young and old to experience the thrill of aviation.

Heads Up – Pilot Reports Of UAS Sightings On The Rise

Pilot reports of unmanned aerial systems have topped 650 so far this year – well over the 238 reported for all of 2014, the FAA said this week. The agency said there was a big jump in sightings this summer, with 138 pilot reports in June and 137 in July. Meanwhile, there were just 52 reports for the June-July 2014 period. The sightings were at altitudes up to 10,000 feet and came from a variety of aircraft, from large air carriers to helicopters, the FAA said. On Wednesday, a medical helicopter reported having to maneuver to avoid a UAS while flying at 1,000 feet AGL. Over the summer, unmanned aircraft interfering with aerial firefighting operations prompted the FAA and the National Interagency Fire Center to issue a warning to UAS flyers to stay clear of fires, reminding them that unsafe operations could result in jail time and fines up to $25,000. The FAA, while wrangling with forming UAS safety rules in the personal and commercial sectors, has attempted to curtail problems with similar public safety announcements for airports and sports venues. 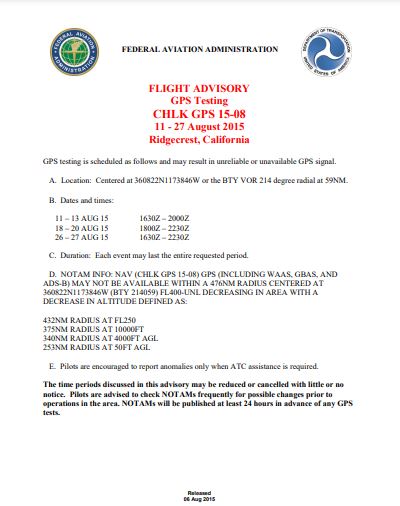 Everybody knows that people who are into aviation are rich. They’re spoiled, self-absorbed, 1%-ers who have no regard for what it takes to get by in the real world. Heck, airplanes cost hundreds of thousands of dollars, and that’s just for the small ones. Yep, pilots and aircraft owners are filthy rich scum who do…

This is the second video in a series first launched last year to provide the airport community with information to help them continue to operate the nation’s airports safely and efficiently. To view the video, go to: http://www.faa.gov/airports/safety-video-series/.